The little chapel in the garden...

A little chapel with history: Josef Friedl, born 19.07.1917 promised in the second worldwar, during a crash with his airplane, that he will build a chapel, if he will survive it. It’s like a wonder, but he was saved from a english-ship. And when he was back from canadian captivity he built this little chapel next to his house. In the course of years the house growed up to a little pension and from this to a delightful hotel, the hotel „Zum Friedl“.

Josef Friedl, the grandfather of Fritz Süß, crashed his plane during the Second World War into the sea. The near end in mind, in almost hopeless situation, he took the vow to build a chapel, he should ever see his homeland again. The miracle happened: An English ship rescued him from the flood in time. Josef Friedl was released from captivity at the end of the war and was able to return home.He had not forgotten his vow and so he built a small wooden chapel next to his house. 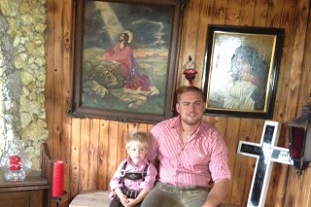 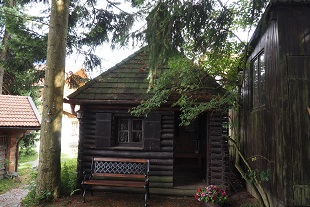